I was in my bathroom the other day, cleaning out the cabinet under the sink. I noticed a little green door in the back of the cabinet, a little door I had never seen before. I opened it and crawled through … and I entered a magical shopping mall filled with frolicking unicorns and dancing leprechauns and Lionel Richie music. In the food court of the magical mall, there was a KFC. I went inside it and (behold!) Conan O’Brien was sitting at a table. I asked if I could sit with him and (behold!) he said I could.

Then, as we were eating, he leaned over and whispered something to me. He said he was a risk-taker and a rule-breaker and a cake-baker and a yard-raker. I was amazed! And then he confided in me further and revealed that he was a smooth-talker and a fast-walker and a Facebook-stalker and a bathtub-caulker! While he was telling me all this, I discreetly reached over and stole a chicken wing from him.

Filled with rage, Conan O’Brien transformed into a pterodactyl and flew away, spraying me with dung as he flapped out of the restaurant. I was sad because I had failed to get his autograph … but I happily scarfed down the rest of his coleslaw and mashed potatoes.

Recently, my friend Liz Fountain tagged me in a “blog hop” series where various writers answer questions about the way they write. Here are my answers.

At the moment, nothing. (Unfortunately.) Since my writing is a “glorified hobby” and not a major source of income, I have to do work that I’m not so passionate about during the day. Recently, I started a new job at a mill. In an effort to learn how to operate my pellet-spitting machine, I’ve decided to put my writing on hiatus and free up some space in my mind. Later, after I’ve conquered the machine and grown accustomed to my new job, I’ll start another book. (Or maybe just a short story. I haven’t decided yet.)

2.) How does my work differ from others in its genre?

So far, I’ve published two novels, Under the Electric Sun and Citizens of Purgatory, on Amazon.

Under the Electric Sun is a dystopian, post-apocalyptic, science fiction story set in a massive underground city beneath the ruins of Washington, DC. While the “after-the-end-of-America-as-we-know-it” scenario is vaguely similar to Hunger Games and other dystopian novels, my book contains a lot of offbeat humor inspired by Douglas Adams. The main character in Under the Electric Sun is a cybernetic raccoon named Tristan, a government-issued tutor. Tristan and his dim-witted student, Jake Sheldon, throw sarcastic barbs at each other throughout the book. When Tristan and Jake climb a secret staircase and see the surface of the earth for the first time, they enter the ruins of an affluent gated community where the locals have turned swimming pools into gardens and golf courses into wheat fields.

Meanwhile, Citizens of Purgatory takes place in Alabama in 2003. I don’t really know which category to put this one in. I suppose you would call it a slapstick Southern gothic comedy. When I was writing it, my biggest inspirations were Garrison Keillor’s radio stories and Confederacy of Dunces by John Kennedy Toole.

I grew up with Doctor Who and Douglas Adams. I’m fascinated with science fiction, especially humorous science fiction. But I’m also madly in love with small town Americana, so I enjoy writing Southern gothic fiction too.

4.) How does my writing process work?

I start off with a vague idea of who the characters are and how the story will unfold. I write one chapter at a time, writing a rough draft of the chapter and fine-tuning it before I move on to the next chapter. Then I go back and overhaul all of them, moving through the manuscript one chapter at a time again. Sometimes I take brief vacations between chapters to avoid a nervous breakdown.

(The photo above is a paper typewriter made by Jennifer Collier. She’s a genius.) 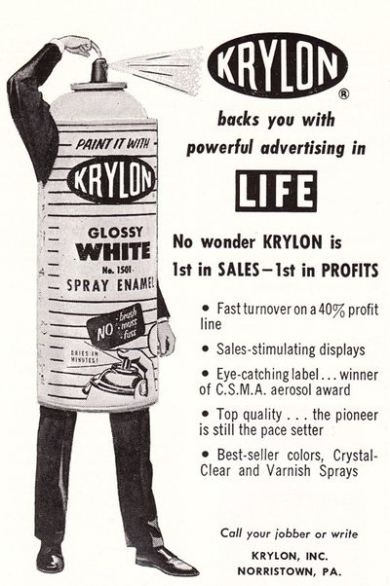 I’ve been hammering away on my new book for about three months. On Thursday, I started the final chapter. I’m hoping it will be finished in a week or two. I’m really thrilled about wrapping up this chapter — not because the book will be done. It won’t be done. But I’m thrilled because the major, serious work will finally be out of the way.

Once I get this last chapter knocked out, I plan to step away from the whole thing for a week and let my brain cool off. (I might stretch out on the couch and read something by Douglas Adams during that time.) Then I want to go back over the entire manuscript, rejuvenated and full of energy, and polish all the rough spots. This part shouldn’t take too long because I edited the daylights out of each chapter as I finished writing it. I’m mainly going to spruce the book up and add some “poetic sparkles” here and there. (I’ve been scribbling ideas in a little notebook, as they come to me, about the bits and pieces I want to add throughout the novel.)

Writing a book is like building a house. Right now, the basic structure is nearly finished. The roof is there. All the walls are in place. It’s just about ready. But I still need to paint it and put on the decorations — but that part won’t be as hard as everything else. I don’t even think of it as work. Painting is the fun part. (I realize the advertisement at the top doesn’t exactly fit what I’m talking about. Nobody paints a house with a spray can. I know, I know. But I couldn’t resist this picture. It’s bizarre, whimsical, and somewhat troubling too. The spray paint man has arms and legs, but no face. What a sad existence. I’m sure he feels very isolated and confused.) 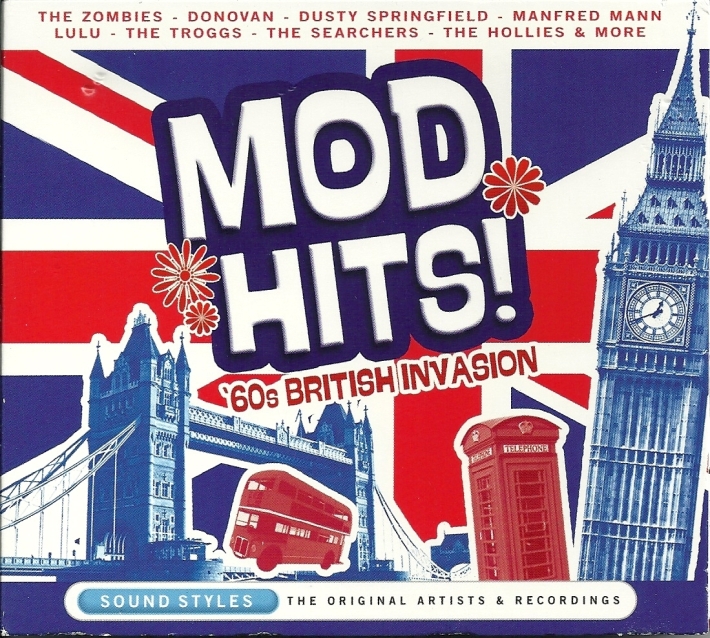 I was looking for Jack White’s CD Blunderbuss at Wal-Mart the other day. Unfortunately, I didn’t see it — but I had already made up my mind to buy some new music. I can only fit a limited number of CDs inside the armrest console in my car and I’m tired of listening to most of them. And good radio stations are becoming more and more scarce.

After pacing back and forth in front of the shelf, digging through all the CDs that weren’t in alphabetical order, I discovered Mod Hits: 60s British Invasion.

I grew up listening to “oldies” music (mostly British Invasion and Motown, I recall) on a station called Q 102 in Rome, Georgia. The station still exists, but it specializes in Top 40 songs now. It recently occurred to me that there are no oldies stations anymore. (Not in the area where I live, anyway.) Somewhere along the way, the “oldies” stations evolved into “classic rock” stations, playing a lot of Led Zeppelin and Jimi Hendrix, along with 80s hair bands and a light sprinkling of 90s grunge. I love and respect all of that music. Please don’t think I’m trashing any of it. But I’ve found myself missing the “older oldies” lately, if I can coin such a silly phrase. There’s something more innocent about that music.

When I popped the Mod Hits CD into my dashboard in the Wal-Mart parking lot, it was like sitting down and chatting with an old friend. A warm feeling came over me. My heart fluttered. My eyes twinkled. I nearly crashed into a stray buggy.

There’s a version of Always Something There to Remind Me on the CD, recorded by Sandie Shaw. That one surprised me. All my life, I’ve heard the version Naked Eyes recorded in the early 80s. I had no idea it was a cover. I looked it up on Wikipedia and learned that Sandie Shaw’s version isn’t even the first one — but it’s my favorite.

You can click here to order my novels, Citizens of Purgatory and Under the Electric Sun, from Amazon.